Would you like to switch to the accessible version of this site?

Don't need the accessible version of this site?

What is root canal treatment?

Underneath each tooth's outer enamel is an area of soft tissue called the pulp, which carries the tooth's nerves, veins, and arteries. Root canals are very small, thin passageways that branch off from the top pulp chamber through the root tip. A tooth can have up to four or five root canals.

Sometimes, the pulp inside the tooth becomes infected by disease or bacteria, or damaged by a traumatic injury to the tooth. An infected and untreated root canal can allow bacteria in the mouth to enter the bloodstream and cause infections in other parts of the body. In addition to staving off potentially harmful infections in other parts of your body, root canal treatment can generally save your damaged tooth.

Root canal treatment typically affect the root tip or nerve of the tooth and the structures called the pulp chamber, pulp, and root canal. The procedure involves removal of diseased or damaged pulp inside the tooth, the cleaning, disinfection and reshaping of the inner canals beneath the tooth, and preparation of the tooth for later placement of a filling, and in most cases, an artificial crown made of porcelain or gold. The procedure enables you to keep most of your natural tooth.

Root canal treatment is called for when the soft tissue inside the tooth's canals, also called the pulp, becomes inflamed or infected by bacteria. The most common cause of pulp death is a fractured tooth or a deep cavity, which can expose the pulp to the bacteria found in your saliva. A traumatic injury or blow to the tooth could cause swelling and inflammation of the tissues in and around the tooth, providing an opportunistic path, usually through a crack, for bacteria to collect. Repeated dental procedures on the same tooth could eventually weaken and compromise the original tooth, allowing pathogens to enter the inner canals. An infected pulp can lead to swelling and possibly fever; left untreated, infected pulp could leak harmful toxins from the root ends, leading to an abscess and erosion of the bone beneath the tooth.

A root canal procedure is designed to restore a damaged inner tooth, giving it a lifespan often similar to its original. It is normal to feel some tenderness in the area over the next few days as your body undergoes the natural healing process. You may also feel some tenderness in your jaw from keeping it open for an extended period of time. These symptoms are temporary and usually respond very well to over-the-counter pain medications. It is important for you to follow the instructions on how to take these medications. Remember that narcotic medications, if prescribed, may make you drowsy, and at least eight hours should pass prior to operating dangerous machinery or driving a car after taking them. Your tooth may continue to feel slightly different from your other teeth for some time after your root canal treatment has been completed. However, if you have severe pain or swelling, or pressure that lasts more than a few days, contact our office. 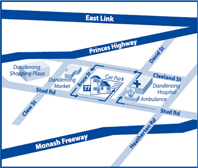 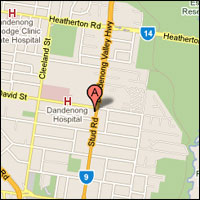